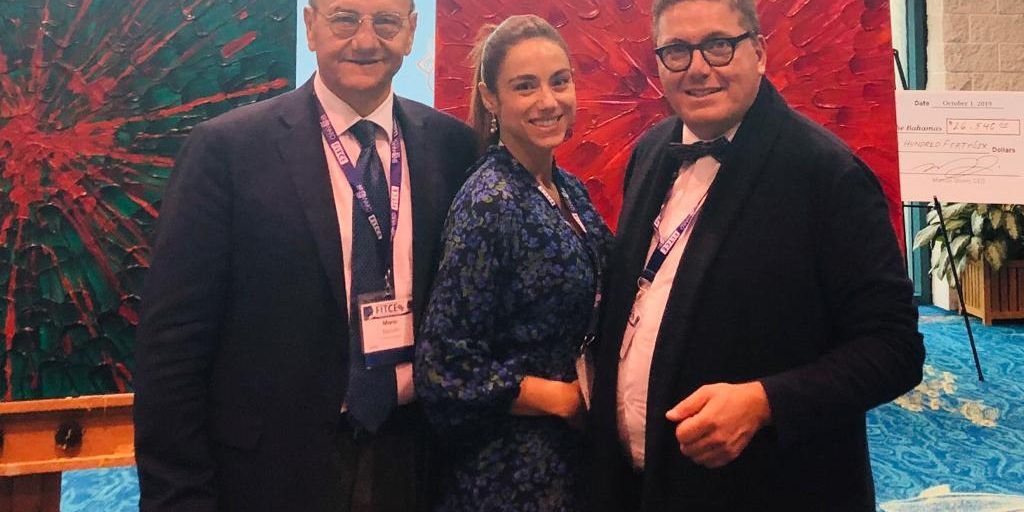 Artist Valentina Bilbao selected three exquisite and unique Artworks for her presentation at FITCE 2019, respectively entitled UNIVERSAL LIGHT, UNIVERSAL ENERGY and LOOKING IN YOUR EYES. All works acrylic on canvas of 40 x 40 inches each. The selection included a variety of the colors frequently used by the artist, one work on bright red only, other on a rose red with light to dark blues, and the last one with inserted red on shades of green. Each paintings was made in the skillfully mastered knife palette technique used by Valentina Bilbao with strong and deep strokes to create texture and movement, in addition one painting had a splash technique and the other had drippings. Each painting by Valentina Bilbao intensely communicates her love for Life, Nature, Humanity and Enlightenment. Her artistic discourse is about betterment. Like on a New Renaissance, she wants to leave an influential statement for her time and the generations to come. The paintings were widely admired by the attending visitors and exhibitors. As a result, this event greatly has opened new and interesting opportunities, either local or abroad, for Valentina Bilbao artistic career. 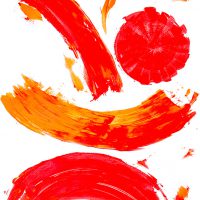 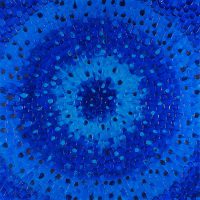 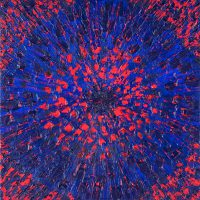 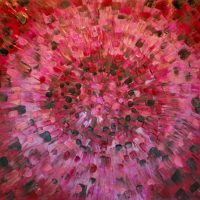