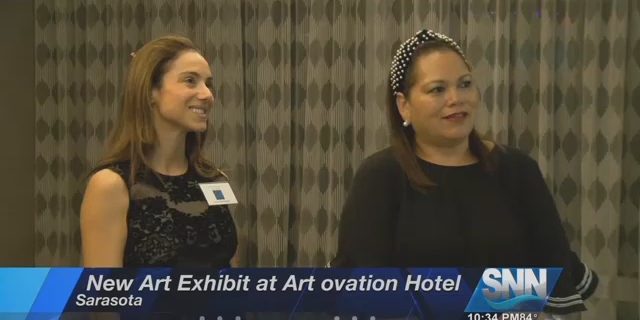 For her exquisite exhibition at the Art Ovation Hotel in Sarasota, FL, Valentina Bilbao created the Hallelujah Series of seven unique artworks exquisitely mastered in simultaneous applied pictorial techniques from strong strokes of thick palette knife to dripping and splashes. The acrylic on canvas include three paintings of diverse size, made of rose, gold and white tones, entitled Aureate, Effervescence and Epiphany, the paintings in green, blue, gold and white tones, entitled Iridescence, Sonder, Luminescence, and the diptych Epiphany of Colors. The Series is inspired and takes its name from the song Hallelujah written by Canadian Leonard Cohen in 1984. His original version suggests early rock and roll and gospel music with biblical reference to Samson and Delilah, King David and Bathsheba. The music was featured in the film Shrek, had over 300 recordings or concerts, in movies, television and contests, performances by Bob Dylan, Bono, Bon Jovi, Jordan Smith and Pentatonix, appeared in worldwide singles charts and the American  Billboard Hot 100. Valentina Bilbao perceived and visually transmits in her unique paintings the power and importance of depicting achievements that sublimate humanity and the diverse efforts involved for it. Valentina reaches a top point in her Art, when through a clever and skillful variety of techniques over the same media, she makes visual to understand a diversity of meanings, of uplifting and feeling real values for the life and soul. She transforms all of it in a positive theme for a vibrant Series of paintings, each one unique and able to create deep emotions, knowledge and happiness to its viewers. Bilbao is also exhibiting the acrylic on canvas Ethereal of 46 x 46 inches, Dreams of 40 x 40 inches and Can You Touch the Color? of 32 x 32 inches.

HALLELUJAH exhibition at Art Ovation Hotel, from October 2019 to April 2020, is curated by Francine Birbragher-Rozencwaig. The Art Ovation Hotel is an important landmark in Sarasota, FL, unique for its permanent goal of promoting Visual Art with well curated exhibitions by significant artists. The Hotel website declares that it furthers its mission to serve the community as an active host, facilitator, patron and partner for the arts and the curator says on the HALLELUJAH exhibition: “When you enter Valentina Bilbao’s studio, you fall into a trance, marveled by the colors of her abstract paintings, engulfed by the music that inspires them. While working to the sound of carefully chosen songs, Valentina’s emotions take over. Her hand impregnates the canvases with brilliant colored strokes while the rhythms of different melodies allow her to express ideas, feelings, and sensations. In some of her works, she favors the use of the spatula to create monochromatic pieces while in others, she applies a dripping technique. The concentric nature of paintings like “Ethereal” represent the cosmic creation, expansion, birth, and movement. Her most recent series titled “Hallelujah,” inspired by the song written by Leonard Cohen, symbolize the different stages indicated by the lyrics, such as celebration, regret, mourning, and reconciliation. Valentina’s connection to nature is particularly evident in the use of splashes of greens and blues in paintings such as “Sonder” and “Luminescence”. Visually, they are magnificent explosions of color full of life and positive energy. Her paintings open our eyes to the good and the positive in our world. As a passionate and engaged artist, her main goal is to have an impact on the younger generations and to provide a positive experience by making a better world.”

Artist Valentina Bilbao states: “This Series is my pictorial representation of the Hallelujah song, which to me means the realization of something significant in this tangible world. Although its manifestation has more spiritual than worldly implications, it achieves something so vital that it can be part of real happiness. This sentiment is very different from temporary joy. It is pure happiness that is born and lives in one’s soul. It is the ratification and nourishment of the essence itself.” 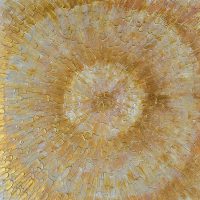 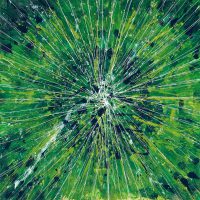 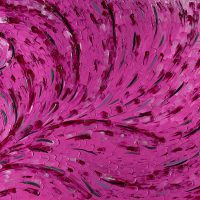 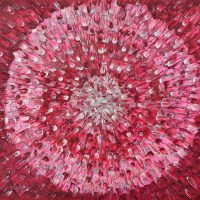